Parents and grandparents in the For Our Kids network have been busy since our recent Federal election, meeting, calling and writing to their new or returning Members of Parliament to ensure we hold them accountable to their election promises. Engaging our political leaders is a key thing we can do for our kids to make sure governments accelerate climate action. Whether in a team or acting with your family, you can join us by taking this post-election action.

For Our Kids Teams in Nanaimo-Ladysmith, the Sunshine Coast, Ottawa-Gatineau and Montréal have also been pressuring the government to implement just transition legislation. This legislation would ensure Canada responds to the intertwined climate, social, and economic crises we are in.

As part of the Council of Canadians’ CLIMATE CODE RED campaign - these teams have been talking with constituents and gathering signatures on a parliamentary petition, a type of formal petition that requires MPs to table it in the House of Commons if there’s a minimum of 25 signatures. The government of the day is then required to formally respond within 45 calendar days. 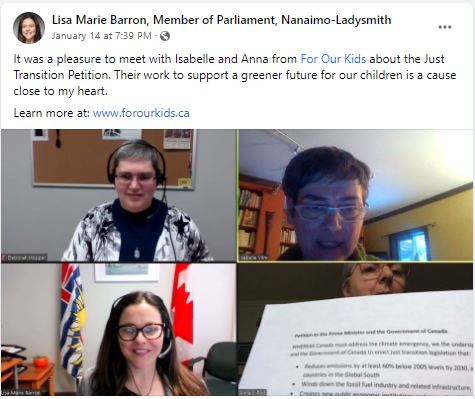 Parents in For Our Kids Sunshine Coast, who have been impacted by BC's recent extreme flooding have also been struggling to get a response from their Liberal MP Patrick Weiler. With unanswered calls and emails to date, they plan to persist until they can present their petition. (If you're in Patrick Weiler's riding, find out how you can help). 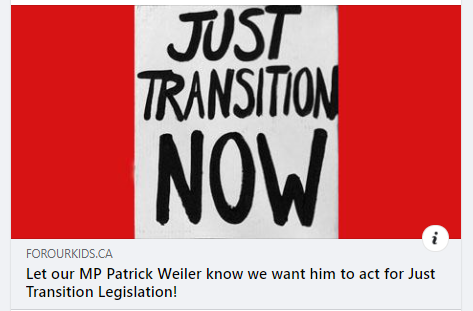 Three parents in Pour Nos Enfants / For Our Kids Montréal presented their petition and climate concerns in a meeting with Liberal MP Rachel Bendayan. Building off past meetings with Rachel, she was enthusiastic to share their concerns and petition in the House of Commons and on her social media channels.

Very proud to present this petition on behalf of @ForOurKidsMTL calling on our government to do more in the fight against climate change, including bolder emissions targets and a wealth tax. pic.twitter.com/SrIkIuZp2b

Inspired by what parents can do? 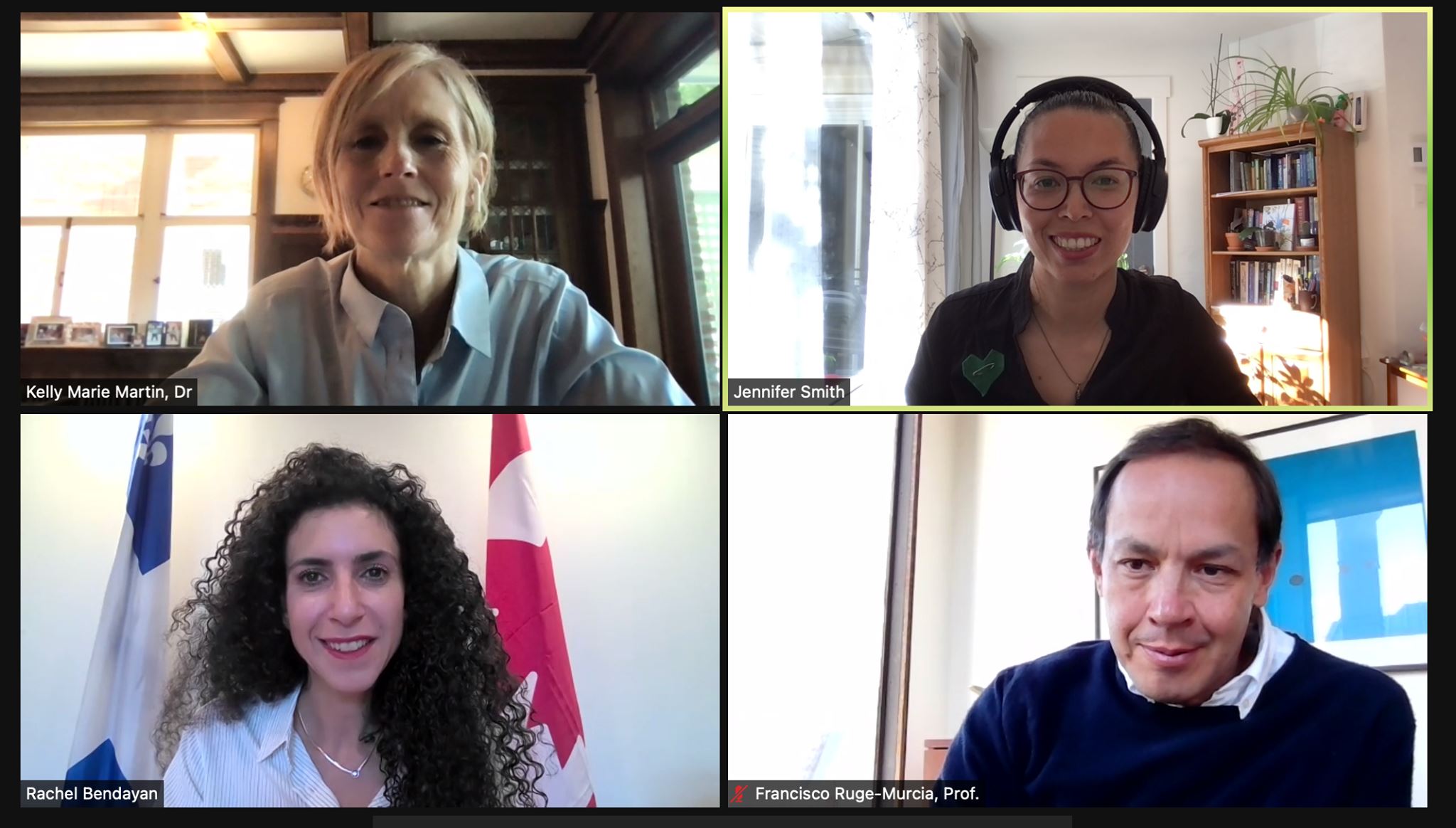 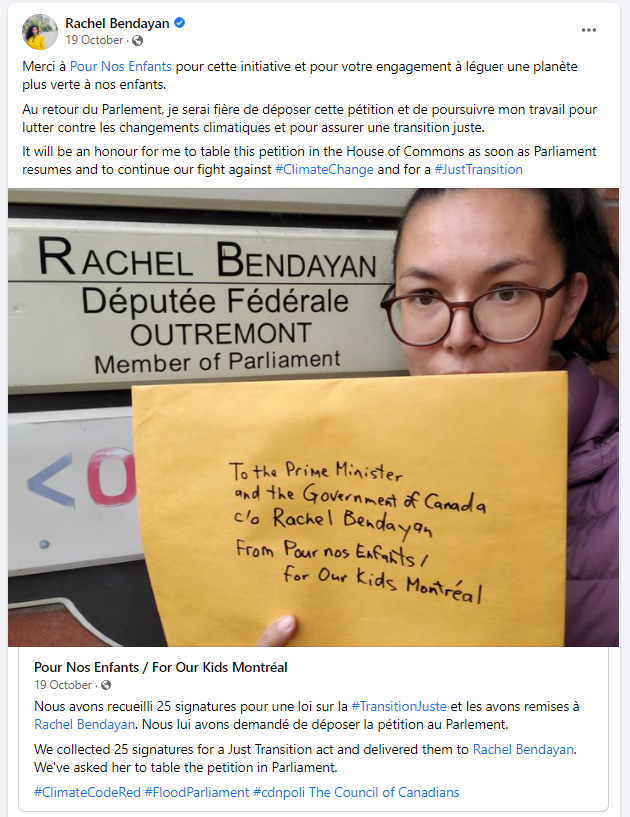