Here's solid proof that change can happen when voices are raised and elected officials are held to account for their decisions!

Parents from For Our Kids/Parents for the Planet Ottawa-Gatineau joined with Black, Indigenous, environmental and community leaders to challenge the direction Ottawa city council was taking to offset the city's funding shortfall. During the summer, and with no notice or consultation, the council planned to cut funding to crucial services, including taking $2.1 million earmarked for Energy Evolution, the city's energy transition plan. The funds were going to be diverted to cover losses in revenue due to closures during the pandemic, leaving Energy Evolution with a $500,000 budget.

FOK/PFTP Ottawa Gatineau got busy, fast. They posted an online petition and shared information through their networks, they read up on city council and committee protocol, and they contacted their councillors. On July 6th, one of the hottest, muggiest days of mid-summer, parents and their kids showed up for a joint press conference in front of city hall, with masks on and appropriately distanced. 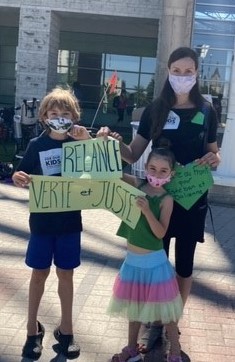 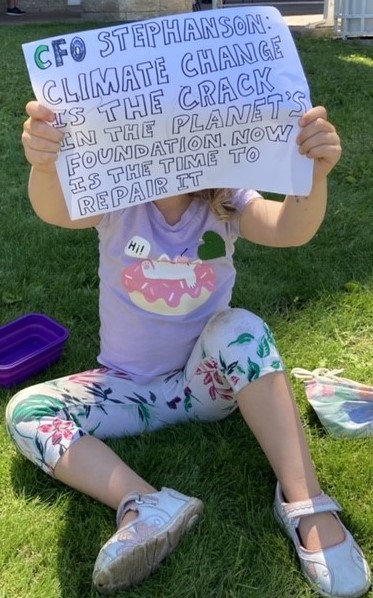 The call was met with silence from city council - until late August, when a memo from the city's Chief Financial Officer indicated that funding from the federal government would be used to cover what would have been taken from reserves, meaning that the full $2.6 million budget could remain earmarked for Energy Evolution. Although the decision-making process continues, the group is taking this as a huge win for the voices of concerned citizens.

Along with the win, Marianne says the chance to partner with community leaders including Ecology Ottawa, 613-819 Black Hub, CAFES (Community Associations For Environmental Sustainability Ottawa) and the City for All Women Initiative was a highlight of this experience, and they're eager to collaborate again.