As the year winds down I’d like to express my gratitude to everyone who has played a part – big or small – in the establishment of For Our Kids this year.

We launched in August in an effort to provide a network for parents and grandparents in Canada concerned enough about climate change to want to join together and take action. 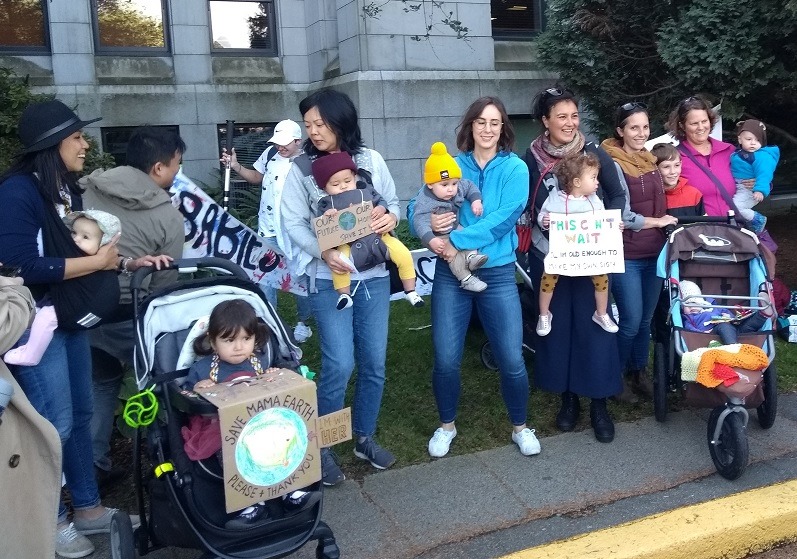 In part this was a response to the remarkable youth climate movement that took the world by storm this year. Many of us parents were helping behind the scenes with logistics and decided to take the additional step of making our support visible.

For Our Kids supports a decentralized organizing approach, working with local groups or teams of parents or grandparents where they already exist (and please get in touch if you are in one), and helping to birth and support new ones where they don’t. There’s now about a dozen groups or teams across the country who have done some great stuff in 2019 – some examples:

That’s by no means a complete list. A huge congratulations to all the local groups and teams who are already doing such great stuff.

And it feels like we are just getting started. We’ve been fundraising in order to better support this local work and have hired a part-time organizer in Ontario (Lella, based in London) and are bringing on another organizer in BC in January. These are the areas where we are getting most of the sign-ups, but the organizers are also working with people across the country online and on video calls.

What does 2020 hold? You tell us! We’d love to hear your feedback about what we’re up to and how to make it better. What should we take on together next year? How can we go bigger? How can we better help you get involved or support your work? We have this handy survey about that if you have a few minutes.

Thanks again for your support. I hope you have a great holiday season, however you choose to spend it, and look forward to connecting in the New Year.