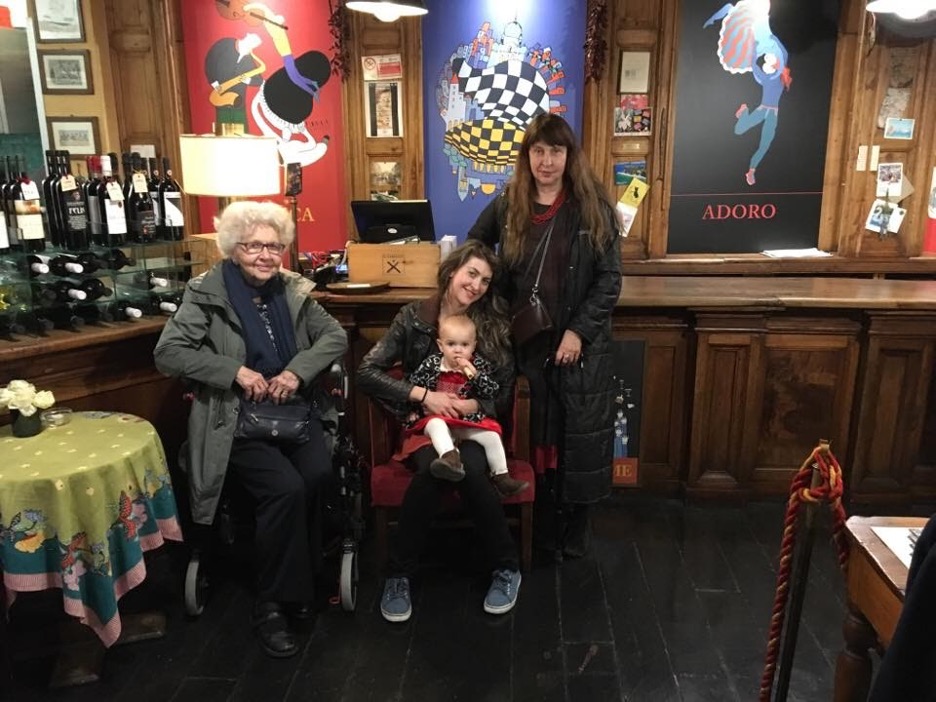 From A Mother: Sylvia Rack

When we become parents we take on responsibility for another life, thus increasing our own personal responsibility. Parents pay a price for the privilege of having children. We give up a lot of personal freedom, we take jobs we don’t like to put food on the table, or turn down promising opportunities to avoid destabilizing our family. Regardless of our own selfish desires we act selfless. We do what’s best for our kids.

It has paralyzed me to watch as governments promise change, then do nothing to effect change. It affects me, it affects my ability to navigate society and raise my child. How can I be a parent when there is no such thing as personal accountability? If we can’t rely on other people to do what they say they are going to do, how is anything supposed to get done?

Bill C-12 is the “Canadian Net-Zero Emissions Accountability Act” Here is a chance for our government, liberals and conservatives alike, to finally show their commitment.

Climate change is NOT a political issue, it’s a natural disaster. A person’s political views should play no part in their response to it. My great concern is we are too busy fighting amongst ourselves to act in time to avert real disaster. I feel like a helpless child coughing up black smoke in a burning house, desperate to flee, while my parents argue over the best escape route.

The urgency of the climate situation is downplayed in the current draft of Canada’s C-12 bill. The first greenhouse gas emissions target is 2030, with no clear reduction goal. This allows the current government to evade responsibility for the first target. Hardly a good start.

Dan Albas, the Conservative shadow minister for environment and climate change has argued Canada should maintain the initial 2030 target set - 30 per cent below 2005 levels. He argues it’s irresponsible to talk about legislating stronger targets when Canada is on track to miss its current 2030 goal.

But is it responsible to ignore the warnings from the Intergovernmental Panel on Climate Change and pretend somehow things will come out alright in the end, despite a mountain of evidence to the contrary? The science is clear. If we do not rapidly cut global greenhouse gas emissions by at least 50% by 2030, we will push our Earth beyond the ‘planetary boundaries’ that keep our planet in a state that allow humanity to prosper. The next 10 years must see the most profound transformation the world has ever known. A 2030 target of - 30 per cent below 2005 levels is just not good enough.

Everyone talks about the economy. But economists agree that if we don’t act, the overall costs and risks of climate change will be equivalent to losing at least 5% of global GDP each year, now and forever. If a wider range of risks and impacts is taken into account, the estimates of damage could rise to 20% of GDP or more.

Unfortunately climate awareness is still so low among the public that most Canadians do not understand how interwoven our environmental stability is with our economic stability.

This letter is an attempt to change that, my mother and grandmother are from different generations, and have different perspectives on climate change, understandably. For the past few decades they have been reading conflicting reports, until very recently most scientists really believed we had more time.

We drafted this letter together, and through this exercise each one of us has learned something new and benefited from each other’s experience. We implore members of the standing committee to consider the important consequences this Canadian Net-Zero Emissions Accountability Act can have. This is such a huge threat to our children, but we as citizens are powerless to stop it. Please strengthen it, listen to experts, set a 2025 target, and impose a legal obligation to meet the established targets. Send a message that the people with the power to actually do something, are owning up to their responsibility. 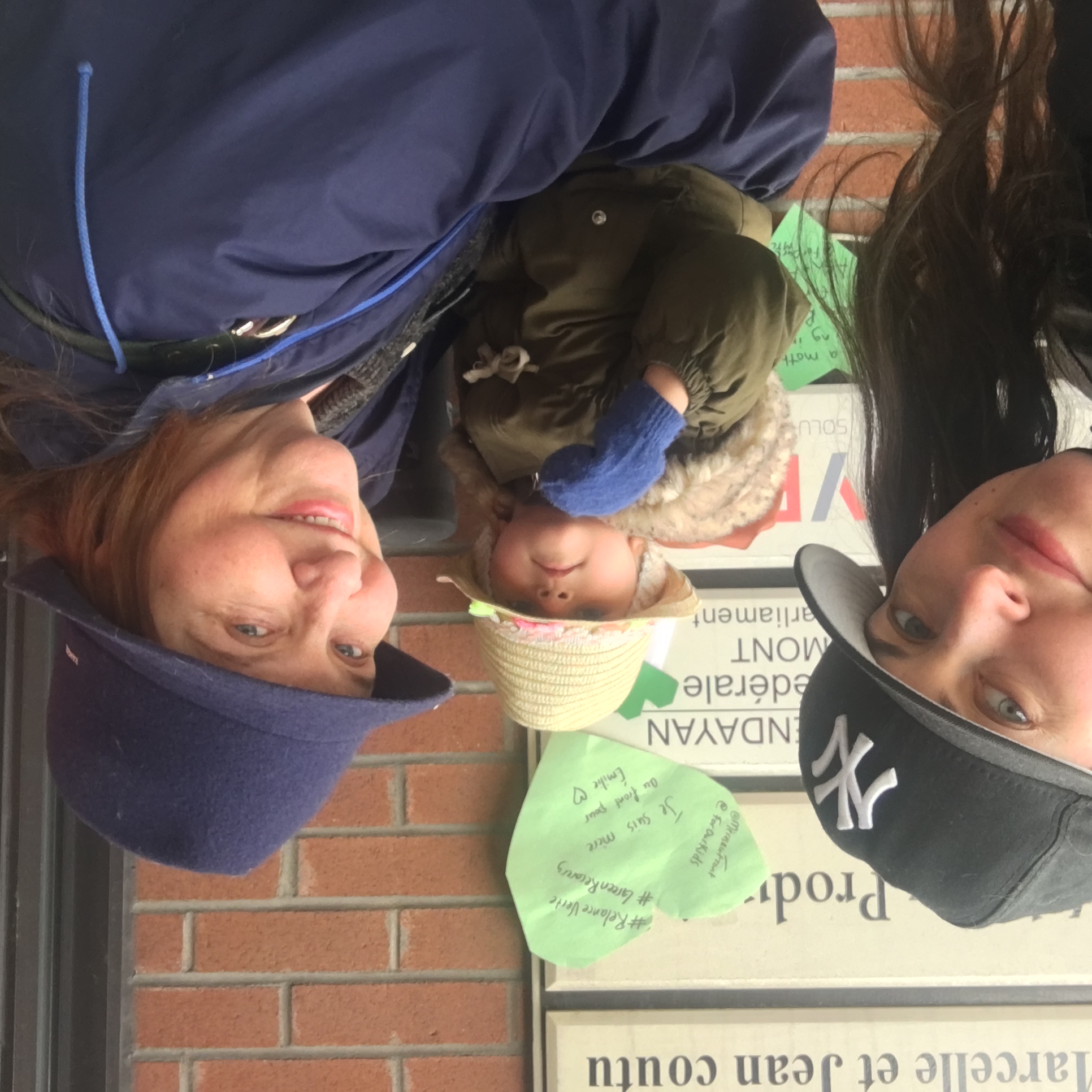 From a Grandmother: Susan Palmer

I have enjoyed the privilege of being born a Baby Boomer. I hitch-hiked to Berkeley, California to live in a commune. There my main source of stress was my preliterate Blues harmonica-playing boyfriend and the pervasive expectation among our communards that the West Coast would soon be obliterated by a tidal wave. I had no intention of getting married or having children. I was aware of radical environmental movements like Earth First! and EcoTHEAlogy demonstrations led by Starhawk – who instructed my feminist Wiccan friends to dance around a nuclear reactor chanting spells. As an aspiring writer and musician, I fitted nicely into Christopher Lasch’s The Culture of Narcissism.

I remember reading the statement on the vinyl cover of Terry Riley’s magical album, A Rainbow in Thin Air in 1969:

And then all wars ended

Arms of every kind were outlawed, melted down and poured back into the earth

All boundaries were dissolved

The slaughter of animals was forbidden

As I listened, enraptured, I thought “Yes! This is what my generation will achieve!” That was the quintessential Hippy Utopian Pipe Dream of my generation, during The Summer of Love, 1969.

My daughter tells me since 1970, CO2 emissions have increased by about 90%. Since 1970, 20% of Brazil's Amazon forest has been cleared. And since 1970, 50% of all insects have disappeared. Butterfly species especially, have declined by 77%

The mass extinction of insects struck a chord. I recall driving with my kids to my parents' lakeside cottage in the Gatineau in the 70s and 80s, and having to stop at gas stations to wash off the dead insects plastered to the windshield. ("Mummy, yuck! Bugs!") Today I drive to my farmhouse in the Eastern Townships and the windshield is eerily pristine.  Are we heading towards Dystopia? 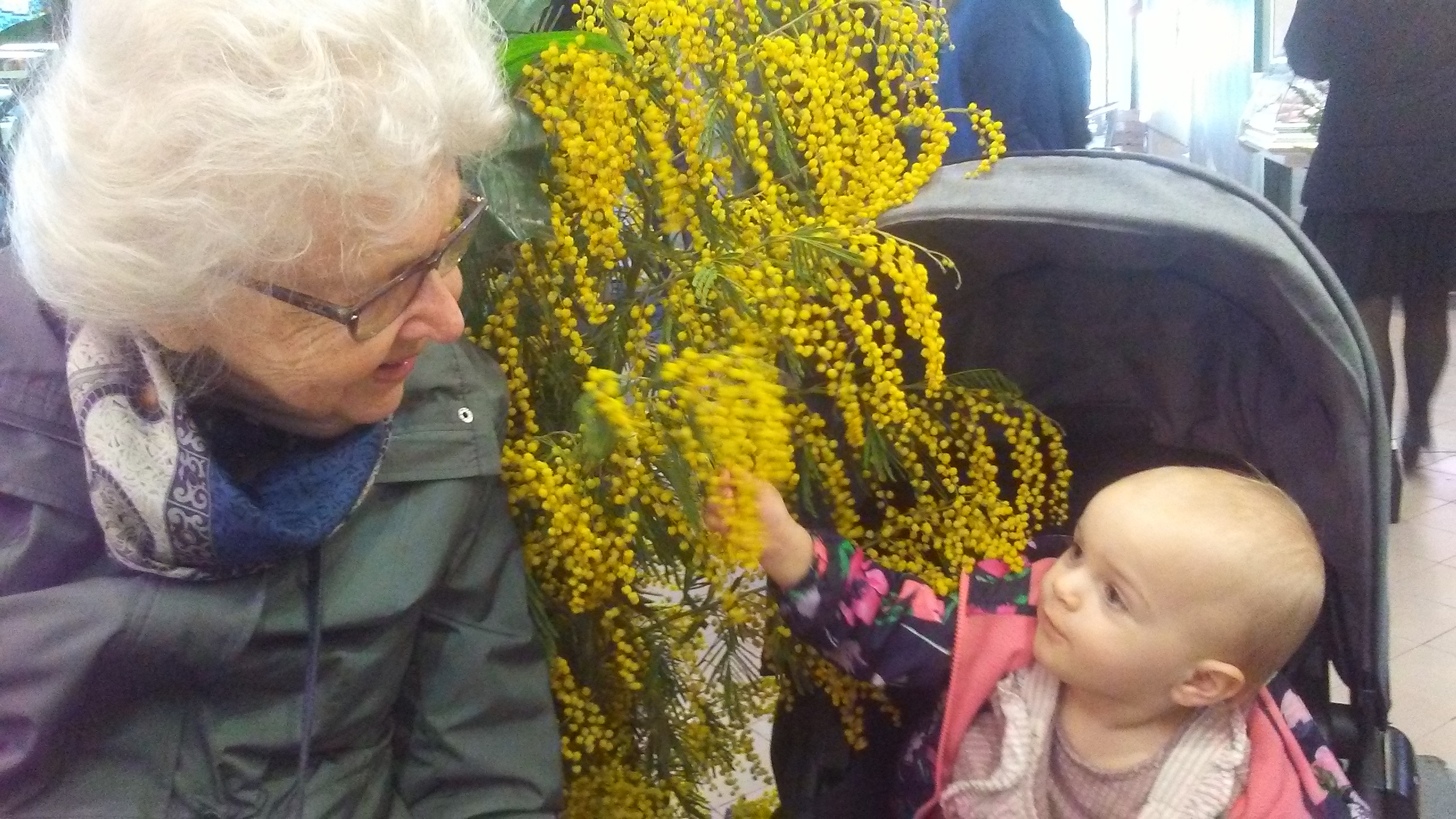 From a Great Grandmother: Jean Palmer

At the age of 97 I have witnessed two man-made disasters. In each case science provided a solution and in each case the Canadian government responded to science and enacted measures to correct the problem.

I remember the “dirty thirties” on the Canadian prairies; the soil drifting and crop failures in southern Alberta. Scientists at the Dominion Experimental Farm provided the answers. The farming practises of crop rotation, strip farming and trash cover could stop soil erosion. A massive government-led education program involving pamphlets and conversations over barbed wire fences won the farmers’ cooperation and they agreed to leave strips of farmland fallow. Soil drifting stopped, even though the prairie winds did not.

In 1973 I returned to Canada after a twenty year stay in Europe. We bought a house with large trees in the garden, but no birds sang. It was a “Silent Spring” as Rachel Carson described it. Science identified the problem and the solution; ban DDT, which the Canadian government did.

But there is another disaster: climate change, a global disaster resulting in the extinction of many species. My dawn chorus will fall silent.

Scientists have pointed out a contributing cause: carbon emissions, and a remedy; reducing those carbon emissions. At the request of my grand-daughter I am supporting her plea for government action. Her generation is prepared to act led by our Canadian government. I do it on behalf of my great grand-daughter’s generation who will inherit this world that we have damaged... or maybe no world at all