Five fathers came together on June 28, 2021 at our Opening the Door To Dads event with a message for all parents and grandparents.

Watch the whole thing here to grasp all the detail and nuance of the event. Scroll down for an emotional, powerful and challenging summary in the words of those who spoke about facing the future for our kids. 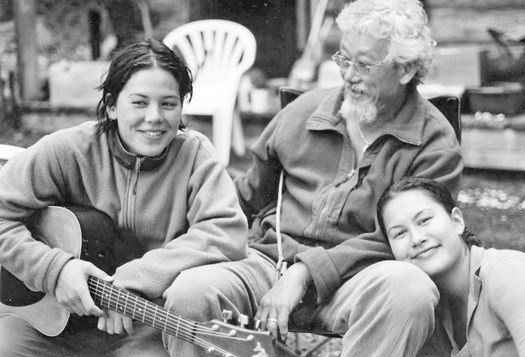 David Suzuki, Canada's best known environmental father, was slated to give the opening address but due to technical difficulties, he was unable to speak. Instead, he sent us his opening remarks for inclusion here.

"Young people often ask me “what can I do to save the planet?” My answer is “the planet is not in trouble".  But human beings have become so numerous and so powerful and so demanding that we are changing the properties of the biosphere – the zone of air, water and land that supports all life –  that is making it harder for us to live and live well.

Carl Sagan, the late astronomer, once told me,”if you reduce Earth to the size of a basketball, the biosphere, where all organisms live, would be thinner than a layer of saran wrap,  That’s it.  It can’t grow and we’ve filled it up with our wastes.”

Then I tell young people: “Your job is to make new friends, and learn about the world, and what you like to do, what you are good at. Follow your heart, whether music, art, car mechanics, cooking, whatever, and make sure you do it in an environmentally proper way. You see, everyone in every area has to act properly to protect Mother Earth.

Protecting your future is Mom and Dad’s job. They must be eco-warriors on your behalf so you must tell them you learn about science in school and scientists are saying things about climate change and extinction that scares you.”

That’s what I tell kids today and why I am delighted to know about For Our Kids.

In 1992 when my daughter Severn was 12, she addressed delegates at the Earth Summit in Rio and said “Parents should be able to comfort their children and tell them it’s not the end of the world, and not to worry, they’re doing the best they can, but l don’t think parents can say that any more.  Are we even on their agenda?”

So I tell children “Your parents love you more than anything else in the world, so you have to tell them: “Mom, Dad, you vote. I can’t. Politicians listen to you.  Please tell all politicians to listen to the scientists and stop the destruction of my future.  And tell grandma and grandpa, and uncle Tom and aunt Molly to do the same.”

And that’s my message to you. 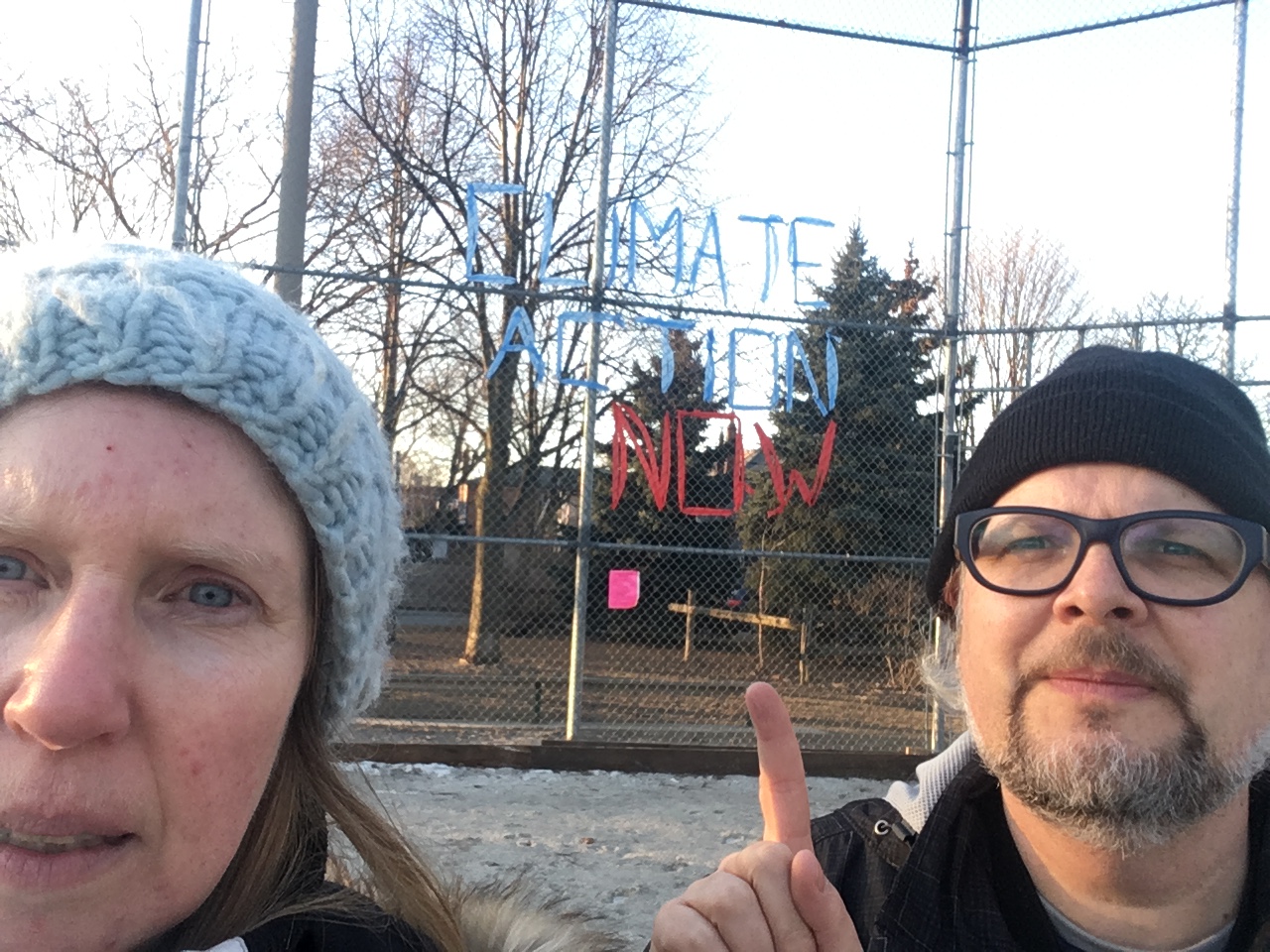 "I'm an older dad, a Toronto dad. My daughter was born in 2006 when I was thirty-nine. We began to talk with her over the years all the time about the planet, her future, what was being done, what wasn't being done and that had a real impact on our family and our decisions. We changed our diet, we eat far less meat, we've really altered our consumption habits, but the real final push to getting involved came for me last fall when she asked me 'so if everyone knows that climate change is bad and that we are causing it, why doesn't anyone care?" said Kleiner.

"I really don't recall what my partner and I answered but what I do recall vividly is the mix of feelings that that left me with...this combination of failure, deep sadness, anger and resolve to really demonstrate to her that I, her father, do care. I care about her, her future, the planet. Then I began thinking well what does that mean in terms of action. And serendipity of course played its role. I received an email from the mom of one of our daughter's friends would be interested in joining For Our Kids and I didn't hesitate. It was exactly what I was looking for and I've been involved in the Toronto group for the past six months."

John Paul's work with For Our Kids Toronto has included extensive grassroots advocacy to help pass Canada's first climate accountability act on a federal level. Closer to home, he and his team are actively involved in creating climate hubs across Toronto to educate and support climate action in Canada's largest city. 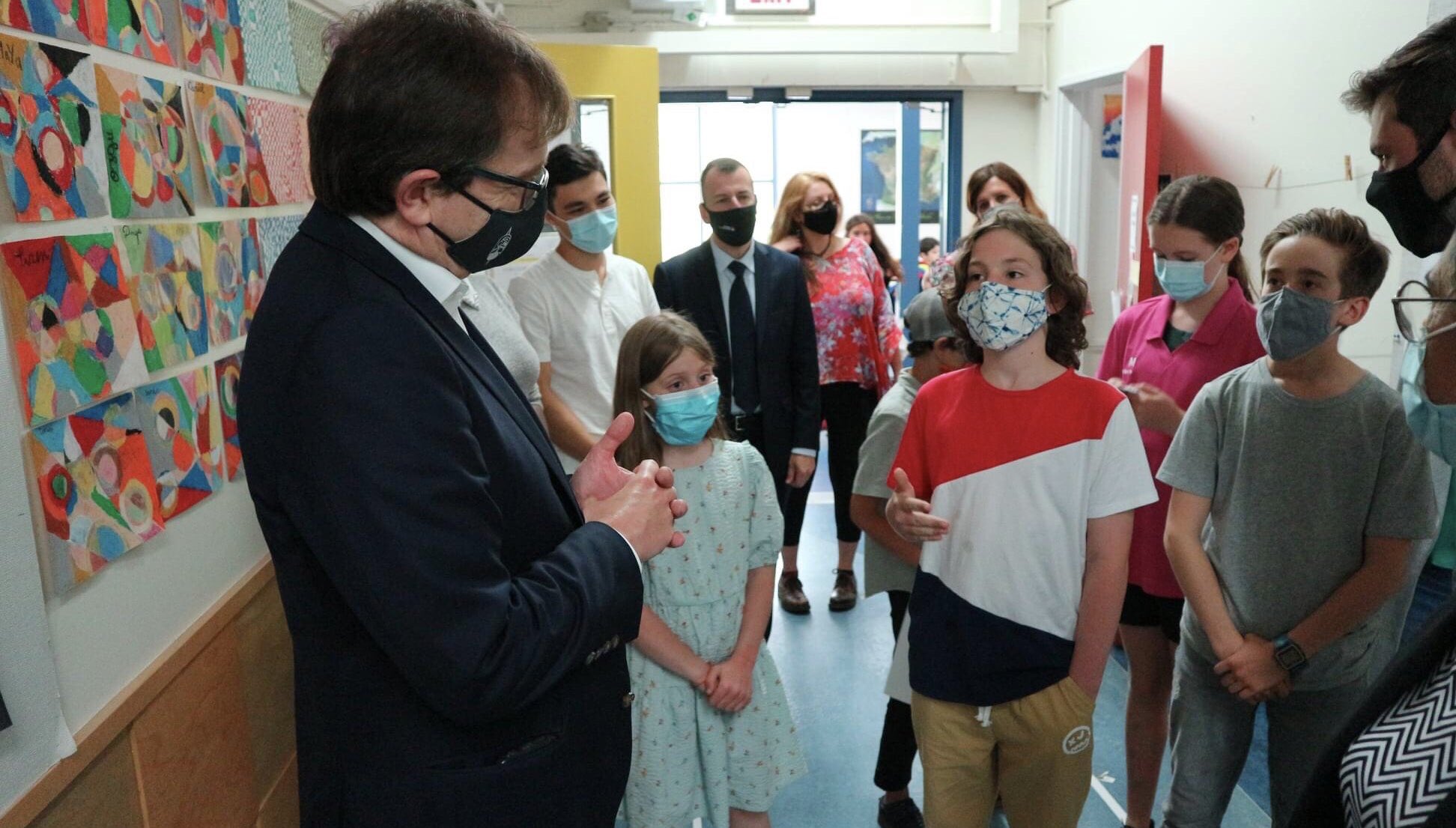 "An obligation as a dad is an obligation to act to ensure that you are doing what you can to change what has been happening and to create a better future. And in that regard, it's not just the scientists say we have to do this because it's a biological imperative and all that kind of stuff, it should be for dads, I would think, deeply personal issue and for moms and grandparents and aunts and uncles and everyone. But because we, as moms and dads, made the decision to bring these beings into this world, the responsibility should weigh even more heavily," said Wilkinson. 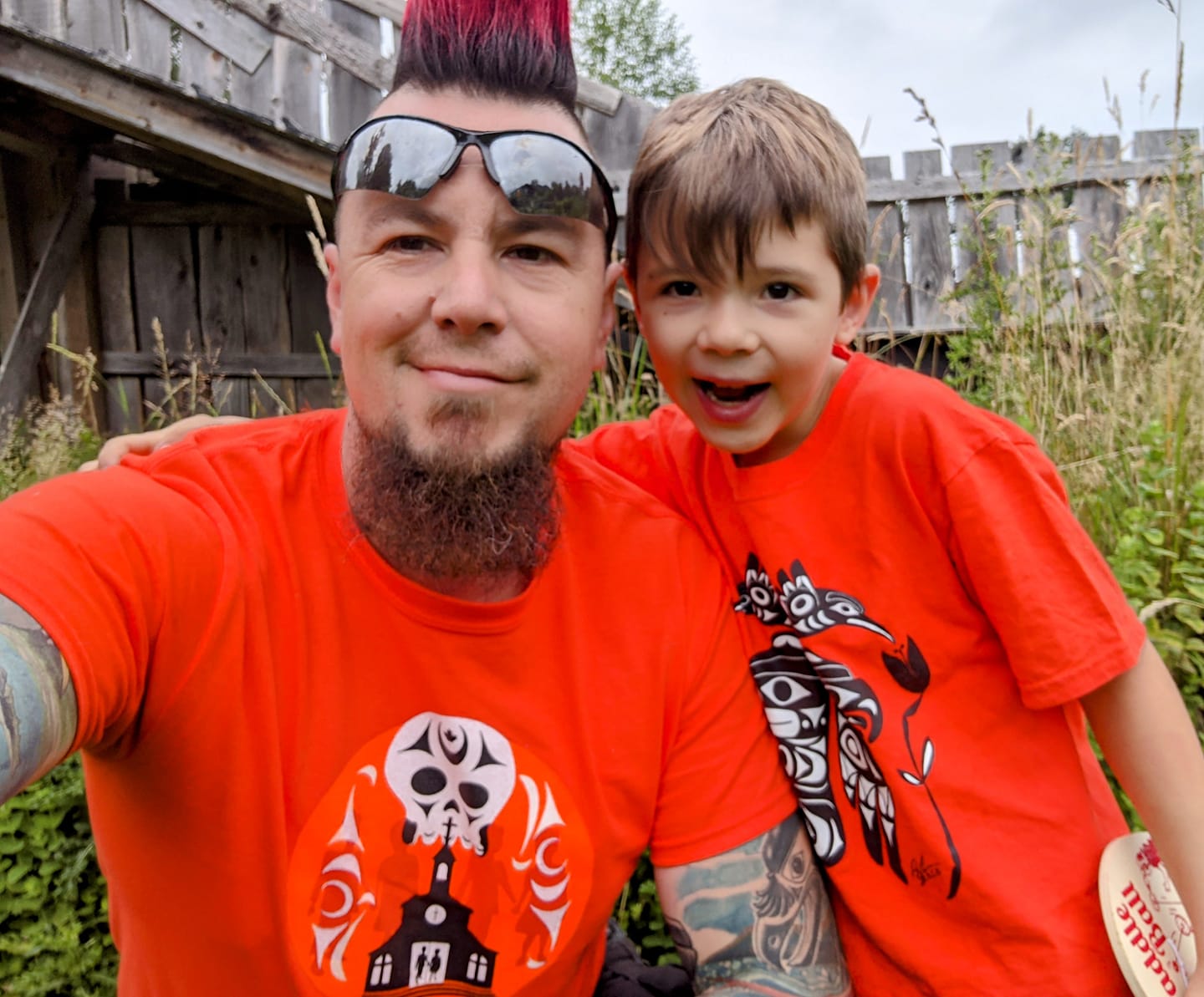 Over the course of the session, the contributions of Qwustenuxun of the Cowichan Tribes on Vancouver Island were poignant, heartbreaking and moving. As an indigenous father, Qwustenuxun's environmental engagement has been embedded in his life since his first memory.

"I don't think there was a time when <climate action> wasn't in line with what I was already doing. When we are young, we are raising in the woods, raised in the river, raised in the ocean, we're raised right with all that. So watching the change, watching the place where we used to harvest ferns turn into a house, watching the woods turn into houses and then it gets hot because there are houses everywhere. Watching it all change there was always this wonder...I can remember the elders of my youth ask, gee, why, when is it enough? Look how much there is already, they're all over the place, and then there's more. That was twenty-five, maybe thirty years ago and it really never ended."

Qwustenuxun responded to the question of how to be a father in a climate emergency with a question of his own.

"Why have kids if you don't have hope? We didn't want to have kids...I had to work on that a bit. It's hot out there. But what we decided is that we needed to make change. We needed to raise individuals who knew what the world was like and what happened and what has to change. Having in mind, my aunties and my grandparents went to residential schools, we haven't had really a chance to share the aboriginal view of what can change in this issue. Up until probably like twenty years ago, nobody was listening to the aboriginal world as to what we could do to change the world on this issue. One of the objectives I had when raising children was to hold on with everything I had to what I heard from elders and try to hand that right over to my children so that when we go to the river they realize that is the river we've used for thousands of years so they have all that but also that they realize in one hundred years, we won't have a river anymore. It will be all the way dried up. So trying to be a dad in this is to make sure that not only do they understand that the river is who we are and that is has supported us for twelve thousand years but in their lifetime, there won't be a river anymore. So they have to walk in this world and say things like: this is the way it was. We have to help to return there."