Speaking up at School Councils

This fall, many parents spoke up on climate at their school parent council meetings.

This fall family action built on the work at schools that many parents have been doing, and was a way to start something new for other parents.

For many, reaching out to the parent council was intimidating, but it could be surprisingly effective. 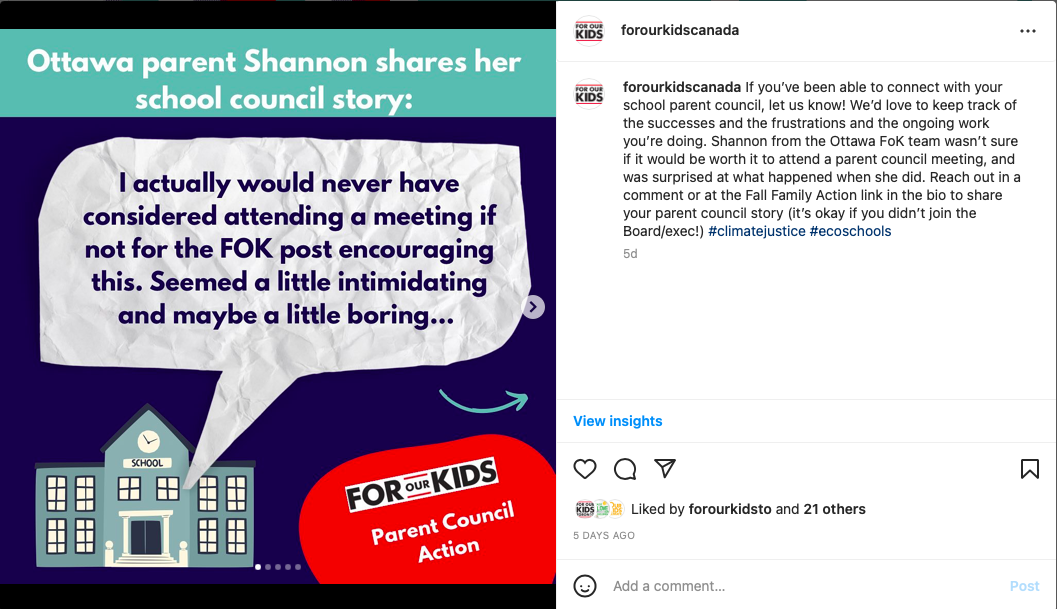 Shannon ended up joining the board of her parent council, and is pushing for more climate action, and for greener fundraising. One of the steps she's taking is encouraging her school to join the EcoSchools certification programme.

Reaching to the parent council helped bring new perspective to the school community. 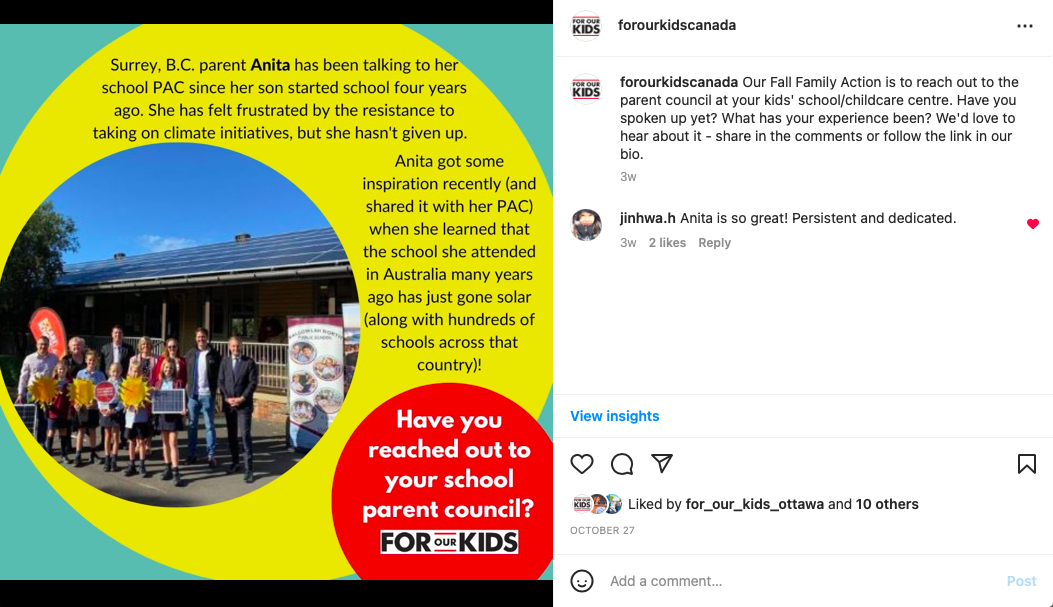 Anita has been reaching out to her parent council for years, and has sometimes felt frustrated by lack of action. This fall she decided to start a subcommittee focused on Sustainability, and has been spreading the word. 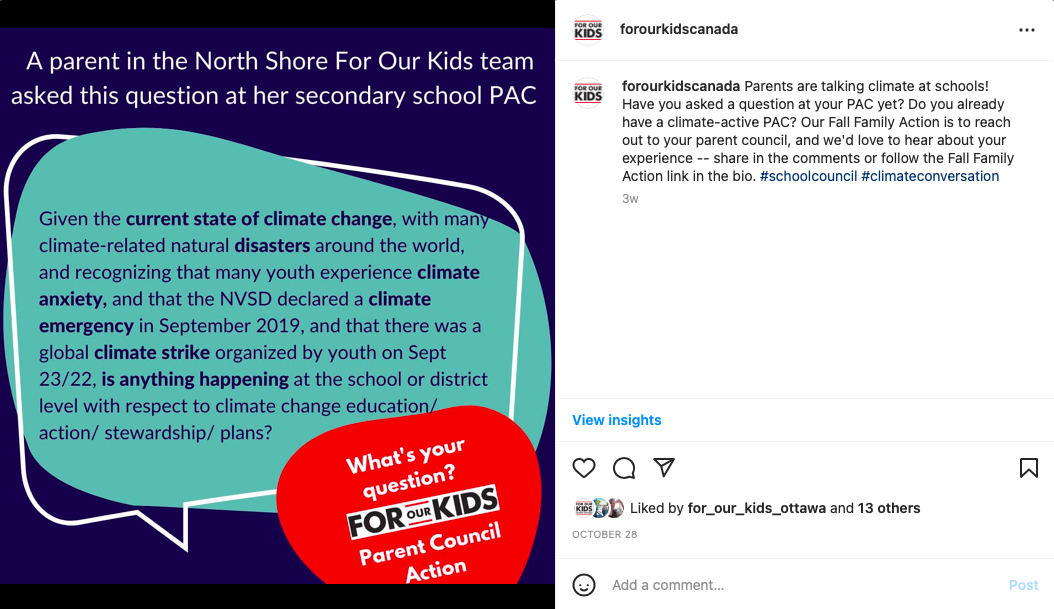 When Julia reached out, she was able to get an answer to her question, and since then the principal has been including climate news in the school newsletter, including information about an upcoming workshop on youth mental health and climate.

Like any kind of climate conversation, it can be hard to bring climate change to your school, where you don't know how people will respond, and where there's often resistance to anything that feels negative or worrying. Speaking up in a big group isn't in line with all our personalities or styles, or the time we have available. For me, I sent an email to the executive asking if we could host a 20minute schoolyard climate conversation at an upcoming meeting. As I wait to hear back, I'm pushing myself to talk climate when I'm at the playground with fellow grade one parents.

While our formal action is over, school is still on, with many more opportunities to connect with the parent council and fellow parents.