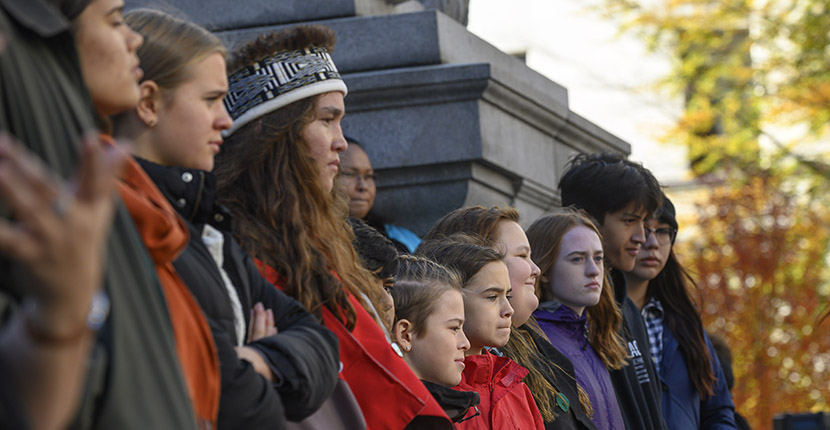 In 2019, fifteen youth across Canada filed a lawsuit that accused the Canadian government of putting the lives of young people at risk by failing to act on climate change. Roughly one year later, parents and grandparents of Pour Nos Enfants/For Our Kids led the national network to apply for intervenor status in support of the youth action.

Both the case and our application to intervene was dismissed in late 2020. We appealed the decision. A few weeks ago, we received the news that our application was rejected by the Federal Court of Appeal.

It's disappointing. But it has been an excellent learning experience and it's not fully over yet. Currently, the youth’s appeal is still standing.

We hope that the court will allow the case to proceed, so the kids can have their day in court and not be dismissed again. If they do get dismissed again, we hope they decide to appeal at the Supreme Court. This would create another the chance for us to try to intervene again.

In the meantime, we stand in support of the plaintiffs and youth across Canada. Currently we are partnering with Banking on a Better Future, a youth-led organization focused on divestment of individual accounts at Canada’s top five banks to defund their enormous contribution to the fuel sector in the country and aounr dhte world.

(For more background on this project, you can read here and here).