Reversing biodiversity decline in our kids' lifetime is possible 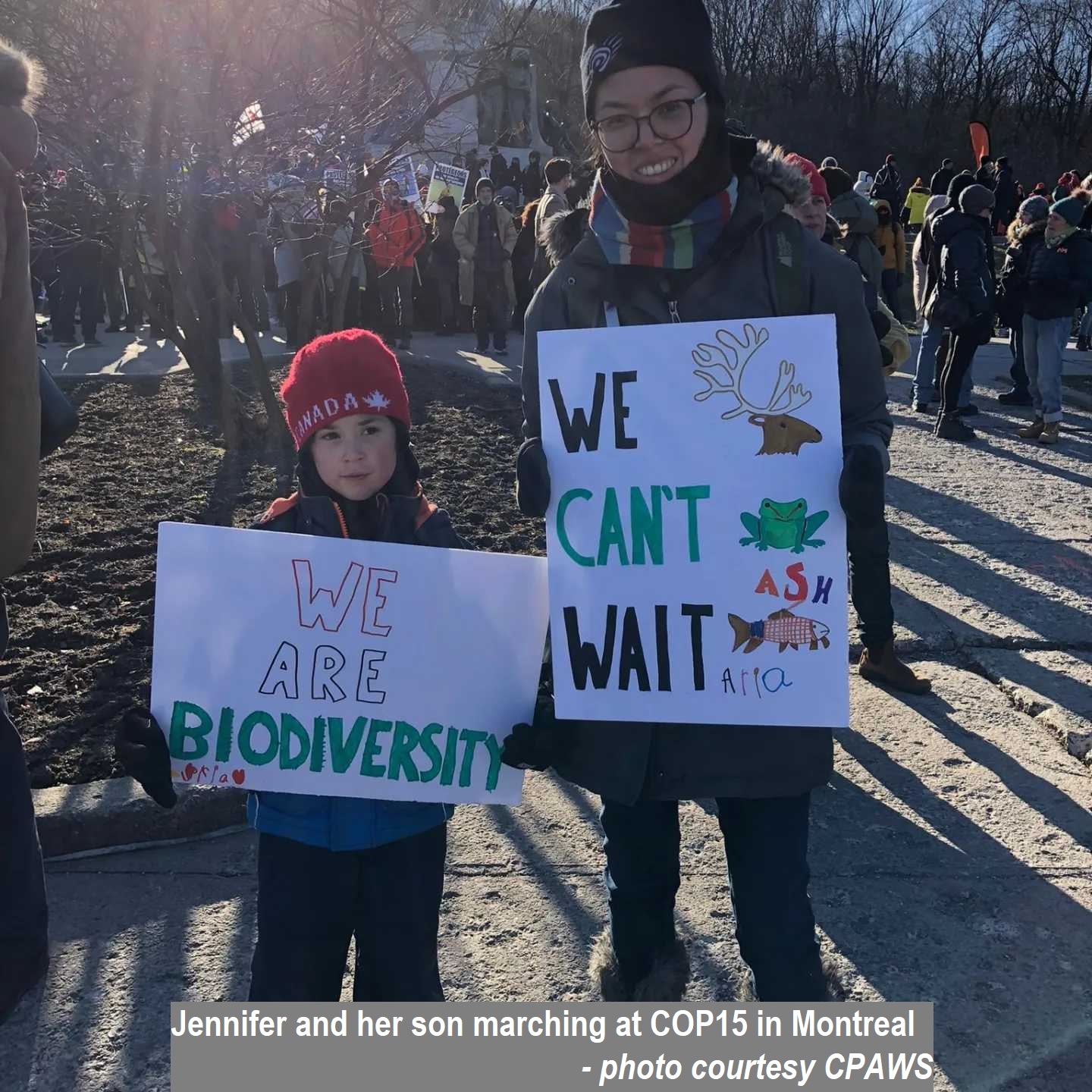 By Jennifer Smith, founding member and organizing parent with Pour nos enfants / For Our Kids Montreal

As a board member for the Canadian Parks and Wilderness Society (CPAWS) who happens to live in Montreal, I had the privilege of having access to COP15 or NatureCOP. I was very much appreciative of the opportunity to be the eyes and ears of parents across the country.

Indigenous Peoples across the country have been doing tremendous work for the conservation of their territories since time immemorial, and we have so much to learn from them regarding our place within nature and the stewardship of the environment. A lot of this work was showcased in panels at COP15, and I was in awe of all the work that is being done. The federal government made commitments to support some of this work. This is a start, but more can certainly be done. 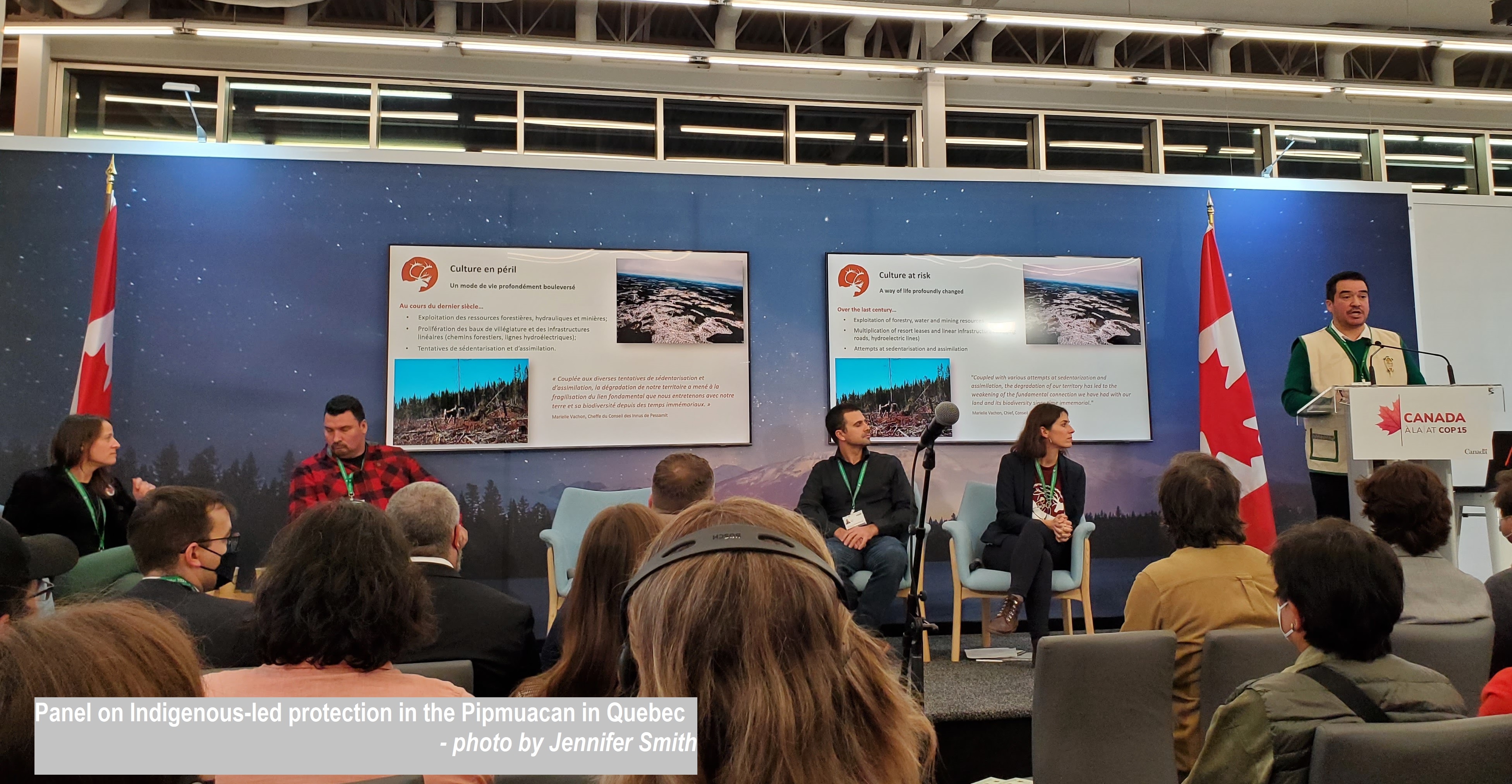 It was invigorating to be joining people around the world in one common goal – the protection of nature. Hardworking individuals from across the country were working from dawn until the late hours of the night hosting informational panels, giving a platform to Indigenous Peoples, meeting with government officials, and doing what they can to influence negotiations, all while doing an excellent job engaging the public. We need to do what we can to support these groups.

Overall, I have come away hopeful. Yes, moving our governments and the governments of the world can be a slow and frustrating process. But there are so many people who are working toward the solutions that I can’t help but feel that we will get there and reverse biodiversity decline in our kids’ generation.

These are still taking place and are slow. The clock is ticking, and negotiators still have a few more days to come to an agreement, but we continue to push for action.

What can you do