Keeping the Pressure on Canada's Banks 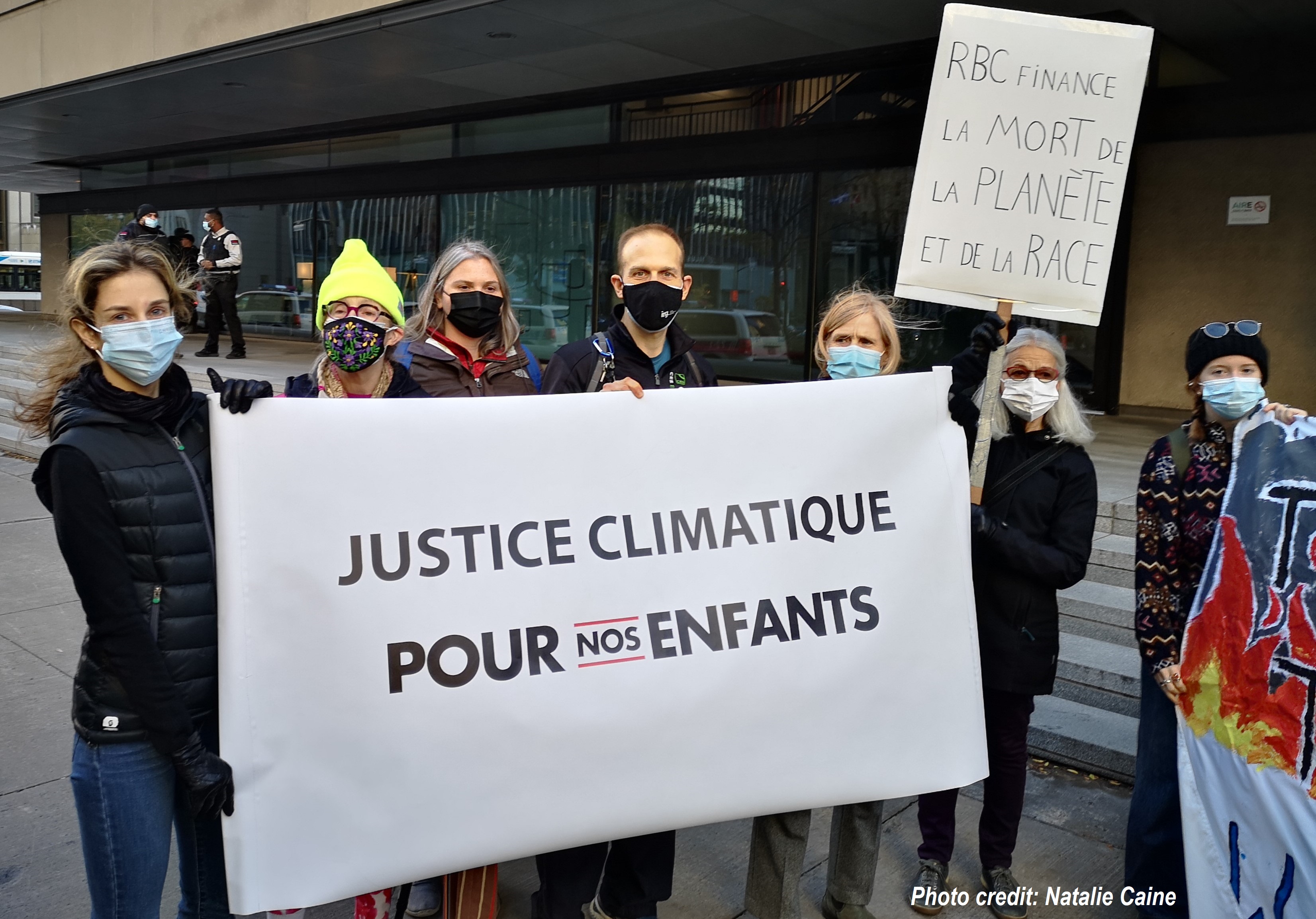 Parents were part of street demonstrations across the country on Oct. 29, calling on Canada's five big banks to immediately stop funding fossil fuel projects and exploration.

The global day of action, on the eve of the COP26 summit, was part of ongoing action by groups including Banking on a Better Future to raise awareness of the extent to which the banks are involved.

RBC, TD, Scotiabank, BMO and CIBC are among the top global funders of fossil fuels. RBC is the biggest funder of fossil fuels in Canada, and ranks 5th in the world.

RBC is also a major backer of projects in Canada that violate Indigenous rights, including the Coastal GasLink pipeline and Line 3. The global day of action supported a national network led by Wet’suwet’en Land Defenders.

For Our Kids is a partner in the growing campaign to push Canada's banks and pension plans to stop supporting and investing in fossil fuel industries and use their massive investment potential to support renewable energy instead. Parents and grandparents can play a huge role in this, voicing their concerns and backing up the message by moving their banking business, pension plans and investments to alternatives like credit unions that have no connection with fossil fuel industries.

More ideas and info here, including an email you can send to your bank's CEO and background on the impact parents and grandparents can make by taking action.

Get inspired by what these parents and grandparents are doing! Have you taken action yourself? Let us know ([email protected]) so we can share your story as well. 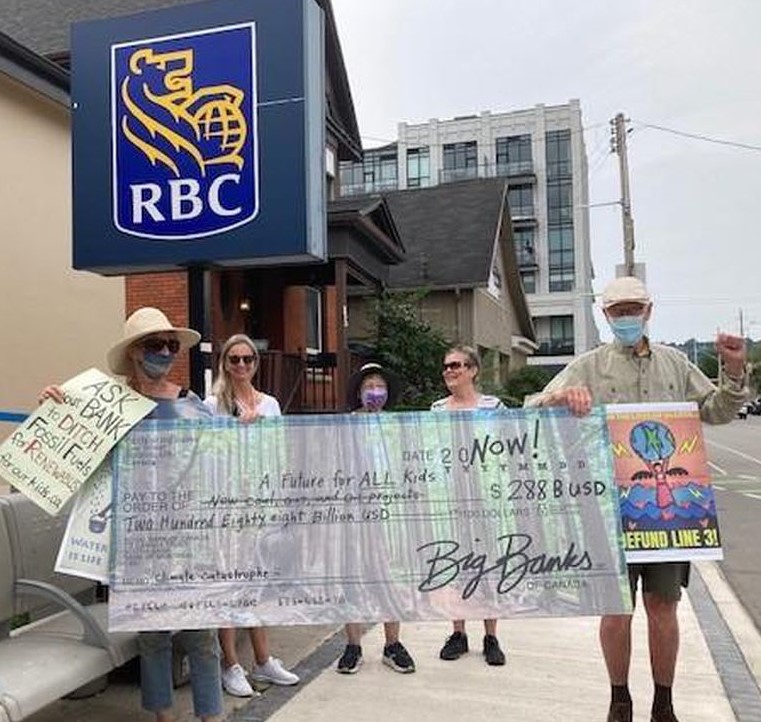 Elders for Climate Sanity have been visiting banks in and around Hamilton ON every week over the past year, armed with a giant prop cheque, signs, flyers and music. Here's their story, captured recently in the Hamilton Spectator. 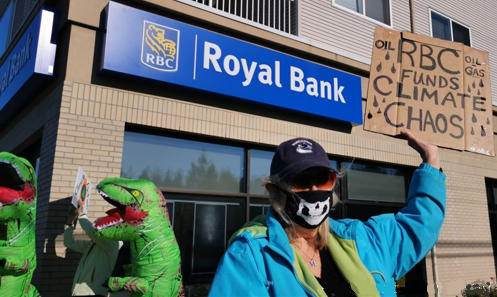 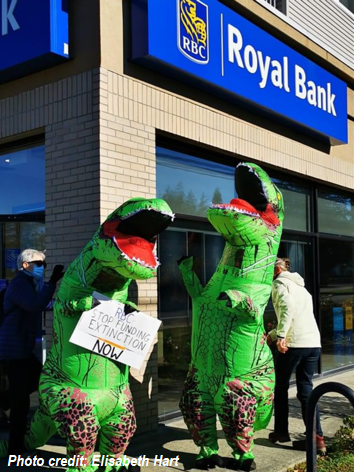 In Powell River BC, parents joined with Fridays for Future, Council of Canadians, and others to dig up some real fossil fuel experts to get the message across. Thanks to Elisabeth Hart for the photos!

For Our Kids MTL taking part in the Global Day of Action Oct. 29 in Montréal, standing in solidarity with Wet'suwet'en land defenders and respect for Indigenous Rights and demanding RBC and all Canadian banks stop funding fossil fuels.