You don't need to be an expert to engage on climate change. Being a concerned parent is enough.

It is useful though to know the basics.

Here is a short National Geographic video that explains some things like the greenhouse effect and general climate impacts:

CBC is doing a good job of exploring climate impacts in Canada and put out this video about that and about how one Canadian community is adapting.

The science is alarming. In 2018 the international body that summarizes climate science concluded we had 12 years to reduce emissions by almost half if we are to avoid some of the worst impacts of climate change.

So how are we doing in Canada? We're trying, but nowhere near hard enough yet. Here is a graph from the federal government showing the gap we still have to meet our Paris targets - the difference between the blue line and the green line (and this was before some provinces started rolling back their climate action). 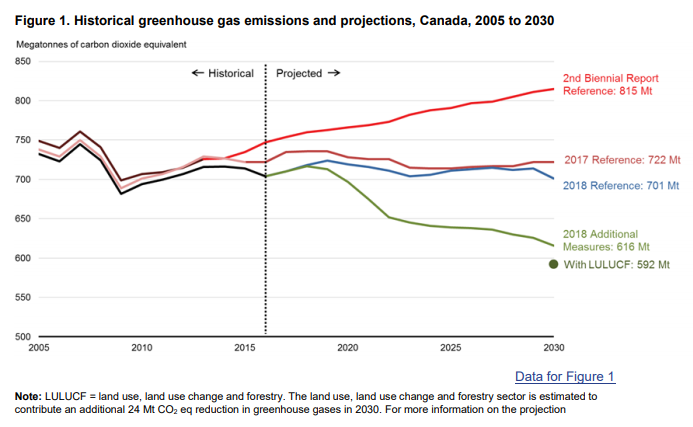 If you want a deeper dive into climate science, the Canadian government has a good page here.