A group of moms, babies and children descended on New Westminster City Hall one September evening, raising concerns about the climate crisis while councillors discussed their new climate policy. 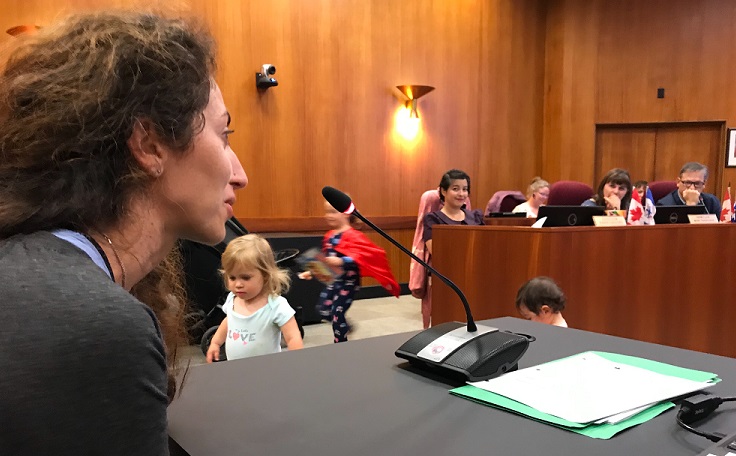 The group, called Babies for Climate Action, is a part of a growing movement of parents concerned about the climate crisis. They brought blankets, toys and snacks, and little ones crawled all over council chambers, serving as a small but loud reminder of what's at stake when politicians are responding to the climate crisis.

In March, New Westminster council declared a climate crisis and asked staff to update city plans to include the Intergovernmental Panel on Climate Change targets. The city's previous goal was to reduce greenhouse gas emissions by 15 per cent, and to date they've only achieved half of that.

The moms' message was that councillors are on the right track, but they must do more faster for the sake of the planet and all future generations.

"I felt like it was my duty as a parent, not only by speaking for my child but also by giving her the opportunity to be her own voice in the room," said Celine, one of the group's founding members. 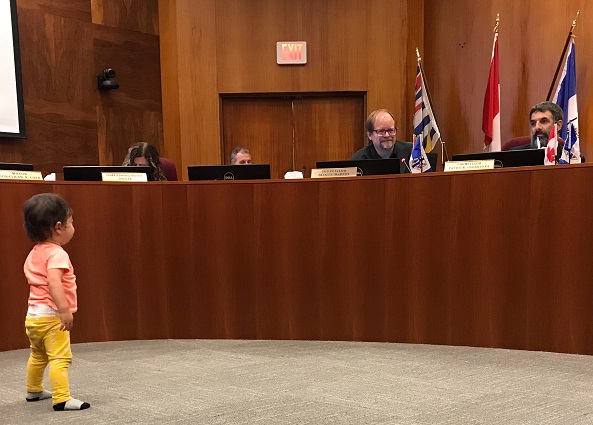