This week, a group of For Our Kids parents from teams in Vancouver, the North Shore and Burnaby met with Jonathan Wilkinson, the Minister of Natural Resources of Canada. We were following up on a letter we sent him back in April, expressing our concern over Canada’s continual investment into the oil and gas industry and new exploration projects. 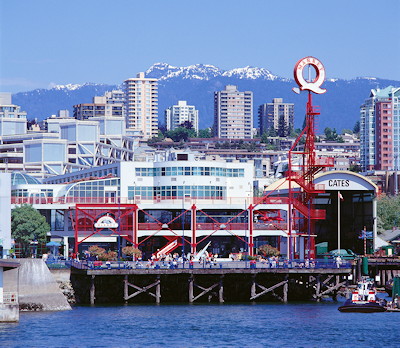 We had the opportunity to ask some questions about the continued support of TMX, the contradictions against statements from the UN and IEA, the lack of investment in clean energy alternatives and the urgent need to stop exporting thermal coal. Wilkinson referred to Canada’s Emission Reduction Plan as our best response.

We talked about Just Transition action and he mentioned two files in BC; hydrogen fuel development and electric vehicle essential minerals mine development, which will bring new jobs. He also stressed the essential need to reduce/eliminate fossil fuel demand and consumption in all aspects, industrial and domestic. For consumers, buildings and transportation are the priorities, noting they are looking at the need to work with the provinces to develop programs to retrofit millions of homes and buildings.

We also presented a more poignant question around our concerns for people's mental health with increasing levels of anxiety and clinical depression, particularly for youth who feel abandoned by their government. He recognized those were ‘reasonable concerns’ and felt that the response should be that we keep moving forward with the plans already in place.

It was great to meet with Minister Wilkinson, he has always been supportive of our teams and willing to meet with us. It can be difficult though for parents to meet with their elected officials when they rarely deviate from the political agenda. We are clearly moving into a time of increasingly dangerous climate change impacts which require a more urgent response, and it can be disheartening when we don’t feel our concerns are being validated. But it is still important for us to keep communicating as constituents, to keep holding our elected officials accountable and to keep speaking up for our kids.