For Their Future Yukon 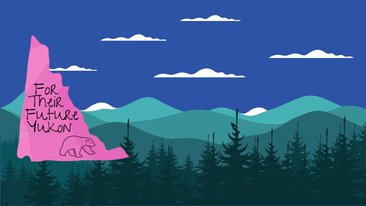 This For Their Future petition urging the government to act on its climate action pledges was read to the Yukon Legislative Assembly on Monday, May 31, the last day of the session. Three signatures are the minimum required, accepted in hard copy; we provided 12. A public response will be received when the House re-assembles in September.

Meanwhile amidst widespread and unprecedented fire and flood warnings, we want to show the House that a growing number of Yukoners are calling on the government to act right now on their climate action pledges and more.

One of their climate promises has already been broken while urgency is intensifying.

So if you live in the Yukon, please read and add your name to this electronic petition! Do share widely as our goal is to get to 1200 Yukon signatures before September. At 1200 or close to it, we will email each Liberal and NDP MLA to let them know they clearly have a growing mandate and obligation to act together on this right now.

Thank you from Peggy Land and the FTF team.

To the Yukon Legislative Assembly:

This petition of the undersigned shows:

THAT The Yukon is currently in a declared climate emergency, and

THAT the Yukon Liberal Government's policy document Our Clean Future states that "We will make informed decisions that respectfully bring together traditional, scientific and local knowledge and Indigenous ways of knowing, doing and being. (Specifically we will amongst other actions):

Leadership 2. Incorporate a climate change lens into the decision-making process for major Government of Yukon policies, programs and projects by 2021, and

and other topics and highlight what Yukoners can do to support climate change initiatives".

THEREFORE we the undersigned members of For Their Future Yukon, a local chapter of For Our Kids and concerned Yukon residents ask the Yukon Legislative Assembly to urge the Yukon Government to: