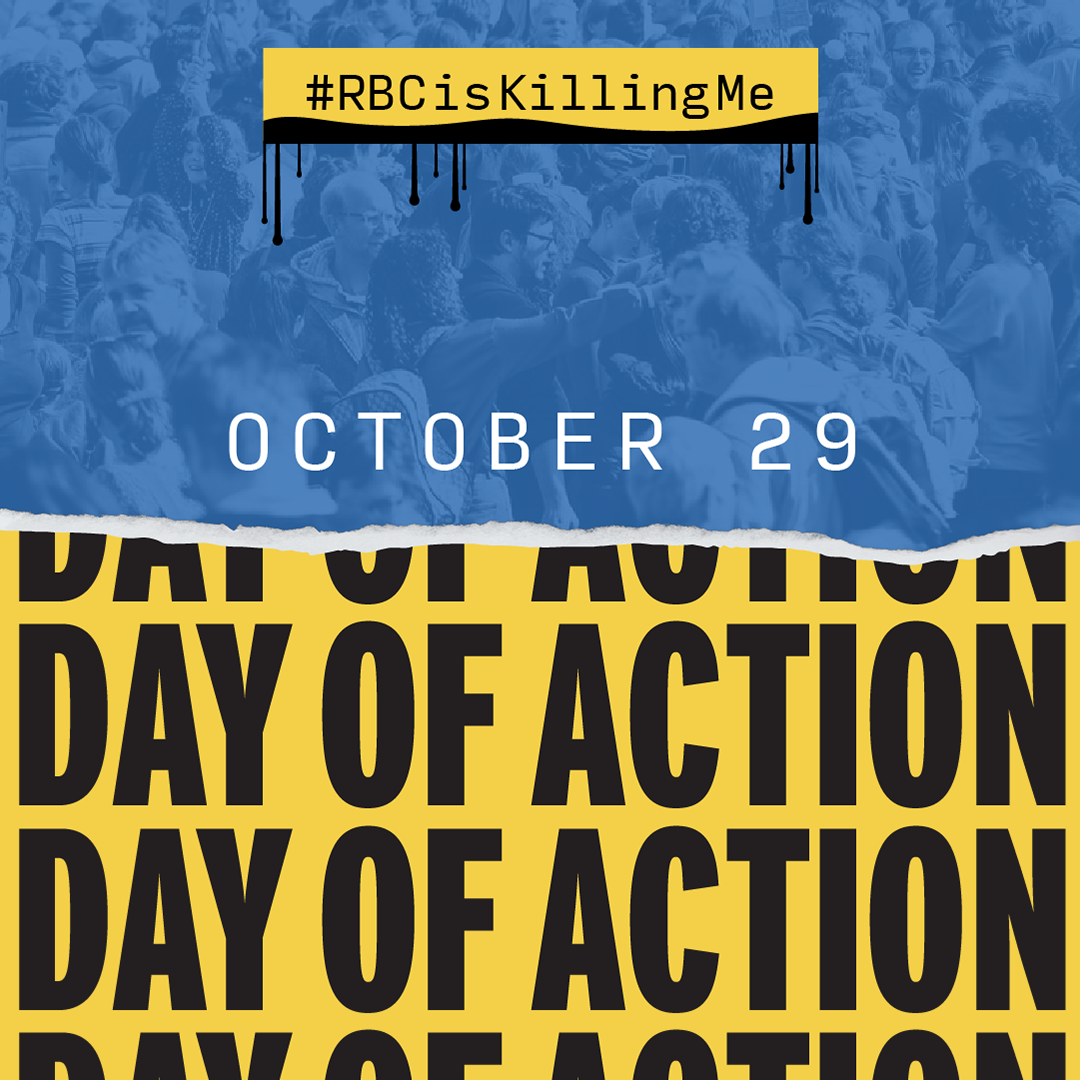 Groups around the world are taking action Oct. 29 against banks financing fossil fuels. On the eve of the COP26 summit, demonstrations are planned in cities including London, Paris, New York and San Francisco.

Canada's major banks: RBC, TD, Scotiabank, BMO and CIBC, are among the top global funders of fossil fuels. RBC is the biggest funder of fossil fuels in Canada, and ranks 5th in the world.

RBC is also a major backer of projects in Canada that violate Indigenous rights, including the Coastal GasLink pipeline and Line 3. That's why on Oct. 29, a national network led by Wet’suwet’en Land Defenders is organizing a day of action at RBC branches across Canada. There will be major actions in Montreal, Toronto, Vancouver, and the Gidemt’en Checkpoint (Wet’suwet’en territory) as well as distributed actions at RBC branches across the country. A list of actions can be found here.

For Our Kids teams will be participating in this global and national day of action in collaboration with Bank on a Better Future  - a youth pledge to stop banking on fossil fuels.

Interested in joining or hosting an action at your branch, or looking for other ways to call for a stop to banks funding fossil fuels? Here are some ideas.