On Sunday September 11, hundreds of people gathered at Queen’s Park, Toronto to show support to the seven brave youth who are leading the climate lawsuit, Mathur et. al. v. Her Majesty in Right of Ontario which is in court this week. For Our Kids stepped up to act as intervenors for the case, demonstrating that parents support young people in this fight. Brianne Whyte and other members of For Our Kids Toronto presented them with a card expressing our gratitude, signed by over 150 For Our Kids members across Canada.

“Thank you for the countless hours, the mental energy, for carrying this heavy emotional burden, and for fighting on behalf of us all. We are deeply grateful to you and inspired by you, as well as heart broken and furious that you have to be here at all, that it has come to this” said Brianne. 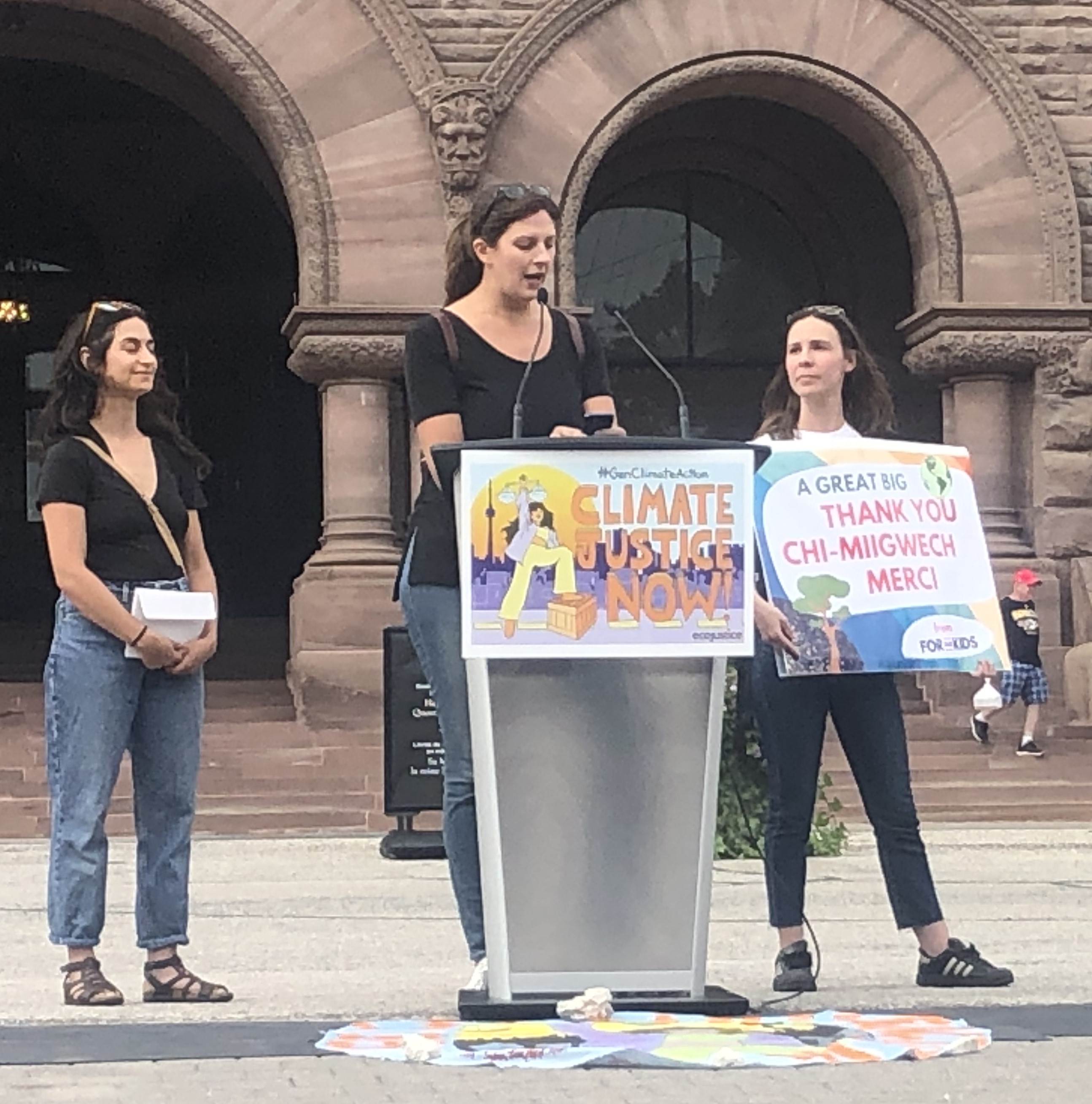 This case began in 2019, when the group of young people launched a lawsuit in response to changes the Ford government made to weaken Ontario’s carbon emissions reductions targets. Three years later, this September 12-14, they are finally getting their days in court. The case is historic because it is the first time a Canadian court will consider whether climate inaction violates charter rights.

The court case can be viewed here. 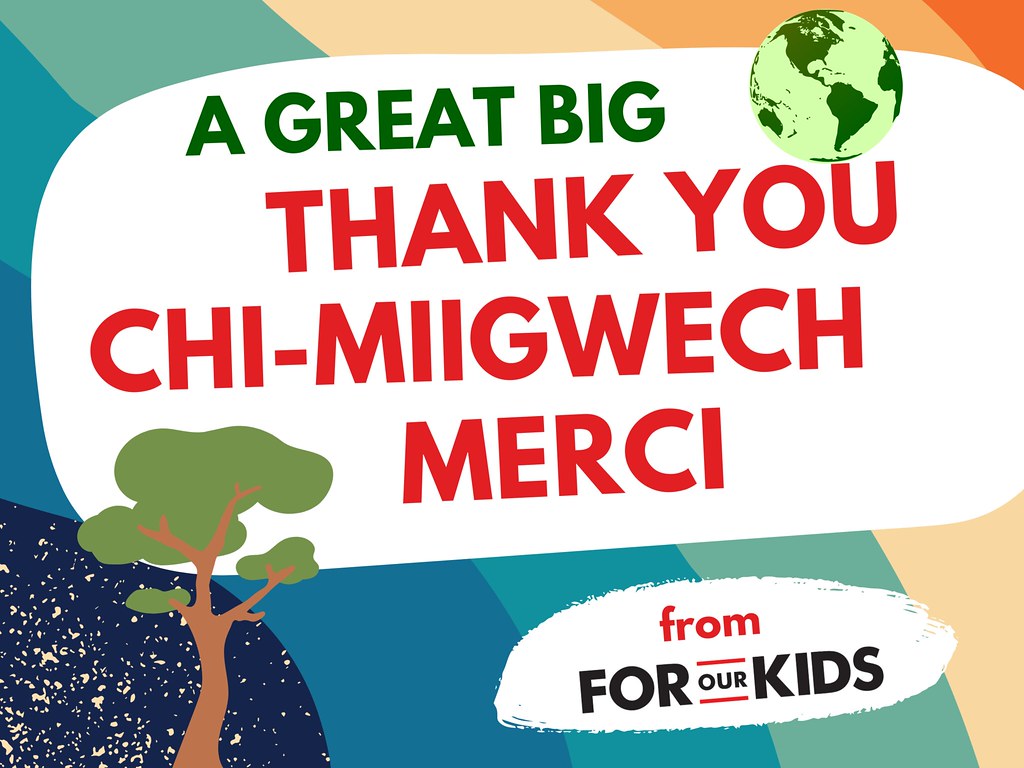