Electric buses use battery power instead of diesel fuel to move. Gas vehicles only manage to put about one fifth of the stored energy in the gas to power the wheels, whereas electric vehicles put about three fifths into the wheels, making them far more energy efficient.

An electric school bus range can be up to 250 km per charge.

For now, electric buses cost more than diesel buses up front, but save 60% in operating costs. Battery prices are also coming down, which will make electric buses cheaper over time.

Most school buses today run on diesel, which is a dirty fuel. Pollution builds up not only at bus stops but also inside the school buses themselves.

The Government of Canada acknowledges the health impacts of diesel school buses, noting that they can contribute to poor air quality inside schools, inside school buses themselves, and outside where they idle – like at bus stops. It also notes that kids are more sensitive to diesel emissions because they are more active, and their respiratory systems are still developing.

Diesel exhaust is a chemically complex mixture of components. It directly contributes to ambient, on-road and in-cabin concentrations of NO2, O3, and PM2.5, each of which are known to have well-established chronic and acute health impacts.

When school buses are idling the levels of air pollutants inside the bus are higher than when it is in motion. In addition, children waiting to board idling buses are exposed to high levels of pollution and even higher levels if several buses are in the same immediate area.

“School buses are by far the safest way for kids to get to school. But diesel-powered buses are not safe for kids’ developing lungs, which are particularly vulnerable to harmful air pollution. Making the transition to electric school buses that don’t emit pollution provides children and their communities with cleaner air and numerous public health benefits.”

We are in a climate emergency and expose our kids to increasing levels of risk with each year we don't heed scientists call to rapidly reduce emissions.

An electric bus saves about 20 tonnes of CO2 per year compared to a diesel bus.

BC Transit has announced that it "will make its entire fleet of buses fully electric over the next two decades as part of its efforts to reduce carbon emissions" and "will begin buying electric-only buses...starting in 2023."

The city of Shenzhen in China has over 16,000 electric buses in its all-electric bus fleet.

Credit for some of this background information to Salt Spring Community Energy Group. 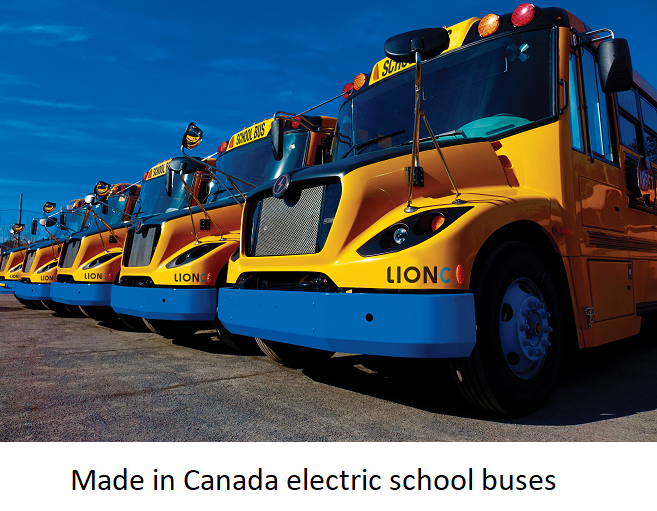